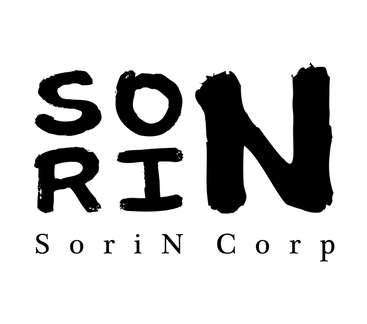 Korean Cultural Arts Foundation
is another branch of the Sorichung Enterprise.
​It aims to serve as a bridge for the Korean and American communities. It plans on creating scholarships, getting involved in Korean Cultural Exchange programs, and working with other groups and individuals in order to expand its agenda.

Donate
Hello friends & family,
Last year (2018), SoriN Corp Korean Cultural Performing Arts Foundation was newly established as a 501(c) registered non-profit organization under Sorichung Enterprise LLC. SoriN Corp aims to serve as a cultural bridge for American and Korean communities to gather together and to cultivate and spread interest in the beauty of Korean culture in the United States. Inaugurated this year, SoriN Corp will start with creating an annual Korean arts performance at the Kennedy Center as well as host other promising collaborative events in the future to further its mission.
SoriN is looking for sponsors to seek financial support in order to achieve this aspiration. We are reaching out to you in hopes for your contribution in this exciting experience. Your interest and support is greatly needed!
(All donations are eligible for tax deductible) 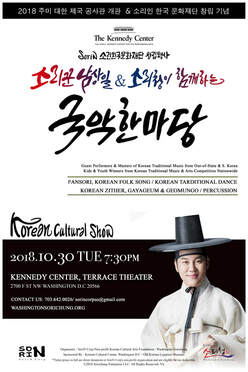 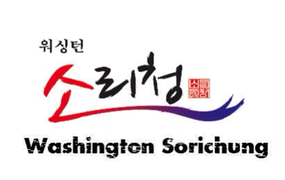 Washington Sorichung:
​Based in Northern Virginia from 2007, Washing Sorichung Korean Traditional Music Institute has a cultural ministry to extend Korean traditional culture to the global community through education and performance. With a fruitful history, Washington Sorichung has already garnered strong recognition by regularly performing at the White House and in the Halls of Congress, as well as Korean / asian associations within the U.S. and other countries. They perform at cultural festivals and universities, and continue to participate in numerous competitions in-state and internationally, bringing home multiple awards. Notable accolades include becoming a certifying organization for the President’s Volunteer Service Award (PVSA), Korean Prime Minister Award, and many more.
​They also provide education through creative programs and enrichment workshops and hold local performances by inviting top guest artists to share their talent.